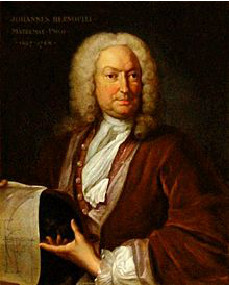 This report deals with the present status of chemical physics/physical chemistry theory, for the qualitative and quantitative understanding of kinetics of molecular scattering, being it reactive or inelastic. By gathering several types of expertise, from applied mathematics to physical chemistry, dialog is made possible, as a step towards new and more adapted theoretical frameworks, capable of meeting the theoretical, methodological and numerical challenges of kinetics-dominated gas phase chemistry in astrophysical environments. A state of the art panorama is presented, alongside present-day strengths and shortcomings. However, coverage is not complete, being limited in this report to actual attendance of the workshop. Some paths towards relevant progress are proposed. } }

@article{CiftciWaalkens2013, Author = {\c{C}ift\c{c}i, {\"U}. and Waalkens, H.}, Journal = {Phys. Rev. Lett.}, Title = {Reaction Dynamics Through Kinetic Transition States}, Year = {2013}, Pages = {233201}, Volume = {110}, KEY = {published}, URL = {http://dx.doi.org/10.1103/PhysRevLett.110.233201}, Abstract = {The transformation of a system from one state to another is often mediated by a bottleneck in the system’s phase space. In chemistry, these bottlenecks are known as transition states through which the system has to pass in order to evolve from reactants to products. The chemical reactions are usually associated with configurational changes where the reactants and products states correspond, e.g., to two different isomers or the undissociated and dissociated state of a molecule or cluster. In this Letter, we report on a new type of bottleneck which mediates kinetic rather than configurational changes. The phase space structures associated with such kinetic transition states and their dynamical implications are discussed for the rotational vibrational motion of a triatomic molecule. An outline of more general related phase space structures with important dynamical implications is given.} }