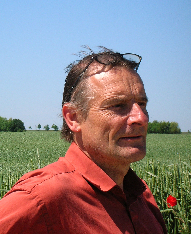 In a court of law, decisions have to be made concerning the causes of events in a situation where competing explanations of those events are possible. For instance, were deaths of certain patients in a hospital caused by criminal action, or were they natural? In the case of the Dutch nurse Lucia de Berk, each separate death in a period in 2000 - 2001 of certain patients in a hospital in the Hague was thought by a majority of medical experts to be natural. However the number of these events and their coincidence in time with the shifts of one particular nurse was taken to be strong evidence both that the events were unnatural and that Lucia had caused them.

A common dream of many of the founders of probability theory was that probability theory would enable objective and rational solution of exactly this kind of problem. Probabilistic reasoning following strict and rational mathematical laws would replace legal reasoning. In my lecture I will investigate how far we are to the realization of this dream. The present concensus in forensic statistics is that in a court of criminal law, the task of an independent expert in statistics is to provide the court with the likelihood ratio or Bayes factor, evaluated on the evidence which the statistician was asked to evaluate, between the hypothesis of the prosecution (that the defendant is guilty) and the hypothesis of the defense (that the defendant is innocent). In simple words: what is the ratio between the probability of obtaining precisely this evidence under the hypothesis that the suspect is guilty, to the probability of the same evidence under the hypothesis that the suspect is innocent? This would be beautiful if possible, but the reality is that, in statistical parlance, the hypotheses of both prosecution and defence are actually composite. Both parties can only guess the values of various secondary parameters in their scenarios. For instance, in evaluating DNA evidence, we do not know for sure how often various genotypes occur 'out there' in the relevant population of potential murderers. The problem of distinguishing between the two scenarios is muddied by our uncertainty concerning many details of each scenario separately. I will indicate in what direction I believe we must go to find some kind of solution.