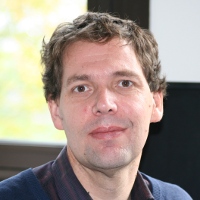 In the year 1901 a team of sponge divers discovered the wreck of a Roman cargo ship that had sunk near the small Greek island of Antikythera around the year 70 AD. Amongst the rich cargo of the ship was a rather inconspicuous green, corroded clump. When a few months later the clump splitted apart, the most intriguing artefact known from antiquity revealed itself. Bronze gear wheels, parts of rings of a dial and remains of ancient Greek inscriptions formed a testimony to a hitherto unsuspected high level of precision technology in the Graeco-Roman world.

This amazing piece of geared technology may be best described as a shoe-box sized complex mechanical computer from the second century B.C., which tracks and predicts various cycles for and related to the Sun and the Moon. Containing more than 30 bronze gear wheels, its geartrains define an intricate astronomical clockwork, which had the function to describe and predict celestial phenomena. Recent studies indicate it may even have been a complete planetarium, representing the motions of all known planets.

Ever since the discovery of this extraordinary mechanism, questions have been asked regarding the function and purpose of the mechanism in antiquity. Without doubt, the Antikythera Mechanism is the apex of technological knowledge and innovation from Ancient Greek world as we know it. It is more sophisticated than any machine in the subsequent 1300-1400 years, until the emergence of medieval clocks. Yet, even though we have a sound grasp of the technical functions of most of the gears, dials and pointers, we still know very little about its function as a whole. Why was this advanced ancient technology apparently lost for centuries? And has any of it been transferred to other civilizations and perhaps have led to the development of medieval and modern clocks?

In this Bernoulli lecture we will first describe the various fragments of the mechanism. Subsequently, we will treat the reconstruction of its astronomical function and present some of the most recent findings. Finally, we will discuss its significance for our view on the technological knowledge of the ancients and the possible implications for the role and development of technology, including that of our own times.